No more paperwork at crossing points 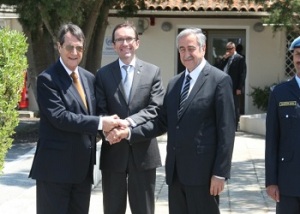 Filling a ‘visa’ slip will no longer be required by the Turkish Cypriot side at crossing points, it was announced on Friday, as the leaders of the two communities agreed to work “tirelessly” to resolve the island’s division.

The announcement was made after a meeting between President Nicos Anastasiades and Turkish Cypriot leader Mustafa Akinci.

“Mr. Akinci announced that from tomorrow (Saturday), there will no longer be a requirement to fill a form at the crossing points,” UN Special Adviser Espen Barth Eide said.

Friday’s were the first talks between the leaders of the two communities after a seven month hiatus.

The election of Akinci in the meantime renewed hope that the island’s longstanding division would come to an end in the near future.

“In this prevailing climate of optimism, and encouraged by the momentum that is building across he island, the two leaders underscored their shared will to reach a comprehensive settlement, Eide said, adding that Anastasiades and Akinci undertook to work tirelessly to resolve the matter as soon as possible.

The two leaders agreed to meet “at least” twice a week while their negotiators, Ozdil Nami and Andreas Mavroyiannis, will meet “intensively” in between.

Their next meeting is scheduled for May 28 but they will also meet socially five days earlier.

“They plan to meet socially in the coming period demonstrating their unity in promoting a mutually acceptable resolution of the Cyprus issue,” Eide said. 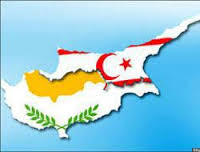 Anastasiades and Akinci also agreed to work on confidence building measures that will benefit the two communities.

Scrapping the ‘visa’ slip is part of this agreement. During the meeting, Anastasiades handed over ground maps for 28 minefields laid down by Greek Cypriot forces in the Pendadaktylos area, in the north, before the 1974 invasion.

Despite saying it would come into force on Saturday, it appeared that the measure was already being applied on Friday.

A Cyprus Mail reporter witnessed two Greek Cypriot ladies who crossed north without having to fill the form. But their identity details were recorded.

Also, Cyprus Mail reader said he had crossed both ways on Friday morning on a UK passport and did not have to fill in a paper. 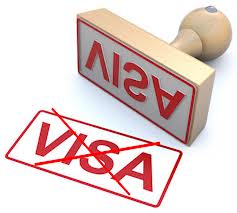 “In both directions there was an official to take the passport without need to get out of the vehicle. My confidence is boosted,” the reader, who identified himself as Mark, Nicosia, said.

Anastasiades and Akinci also agreed to set up a committee to promote cultural events that could bring the two communities closer together.

“I believe that working in this way, we can hope for progress,” Anastasiades said, adding that the talks had taken place in a very positive climate.

Of the CBM announced by Akinci, the president said “we are still at the first stage.”

“We have given instructions to the negotiators to process a series of measures,” he told reporters upon his return from the talks.

According to KP Daily, Akinci said CBMs were good but “we should never forget that our main focus is always the comprehensive settlement. Whatever we do in the meantime will serve the final result and that is the comprehensive and permanent solution.”

On scrapping the ‘visa’ slip, Akinci said many Greek Cypriots did not cross to the north because of that.

“No one will need to fill up visa forms from now on. Therefore, one barrier is overcome,” the Turkish Cypriot leader said.