If I were an idiot (which I don’t think that I am, but perhaps “the jury is out”!) who is out of touch with reality (which I have occasionally been accused of being!) I might have been pleased to realise that, in this ever-changing world, some things remain the same!

Unfortunately, it is the banking and finance world where attitudes haven’t changed. The financial institution in question is Barclays Bank.

On the stock market the share value has decreased and the bank has declared a 32% fall in profits over the last 12 months!

To me the above figures show that the bank is performing badly, or at least, not as well as it should. Nevertheless, the board has decided to up its “bonus pool” by 10%, now to £2.38 billion!

Goodness gracious me, if they are allowed to do this, then even politicians will be envious of the banker’s ability to deviously and arrogantly manipulate finances for their own benefit! I say arrogantly because such an action shows complete disregard as to who pays their wages and “bonuses”! In the case of bankers it is the customers and shareholders, in the case of politicians it is the voters and taxpayers.

I know that when I am on my own planet I am out of touch with reality, but how out of touch are bankers who want bonuses for performing badly and politicians who fiddle their expenses?

While on the subject of “bankers behaving badly”, since the 2008 Libor (London Interbank Offered Rate) rigging sparked the financial crisis and credit crunch, many banks and financial institutions worldwide have been fined. They have also had to put aside funds to pay compensation for the miss-selling of payment insurance policies.

It is, of course, right and just that banks are taken to task for practicing illegal or immoral activities. However, as mentioned above, banks (unlike manufacturers or builders) don’t “earn” money. The money used in fines and compensation belongs to the people who they cheated in the first place!

Yet, it wasn’t the inanimate banks who indulged in criminal activities, it was the human staff.  However, I cannot find any record of any bank employee, from the chairman or CEO (who should have held ultimate culpability) down to the lowly workers, being prosecuted! WHY NOT?

However, in unrelated correspondence, my good friend Chris (who lives in the UK) mentioned that “there is a thief in the (British) House of Commons”. This was in respect of a Cabinet Minister (Maria Miller), who was recently found to be guilty of fraudulently claiming expenses and allowances. Yet, despite being found guilty of a criminal act, backed by the Prime Minister, she was allowed to remain in her position! This shows that Britain (probably along with most countries) has a “two-tier” judicial system.  The lower tier applies to the “little” people. In this world, when a person is found guilty of an offence, they are punished.

However, in the pampered and protected higher tier of Parliament, a guilty party is allowed to carry on as if nothing untoward has happened! Surely it is obvious to Cabinet Ministers and backbenchers alike that it was the “little” people, the electorate, who put them where they are. Indeed, it is the “little” people (taxpayers) who pay the (genuine or fiddled) expenses and salaries of the parliamentarians.

Silly me, the views, wishes and the very existence of the electorate need only to be noticed to (and later ignored) every few years at election time! 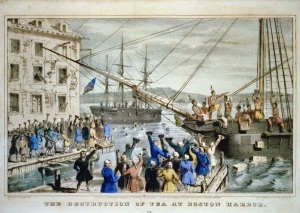 The fact that the ruling class has been so out of touch with the population has been the cause of revolutions. Who knows, perhaps in the 22nd century, like the “Boston Tea Party” and the “Storming of the Bastille” “the Random Rambler” may go down in history as the spark that started the “British Revolution”!

I was very interested in an article in last week’s “Kibkom Times” (April 2014) about Spain. The article was especially relevant as it was almost a “there, but for the grace of God, go I” situation for us. Our original (and long-standing) intention after immigrating to the UK in 1978, from Rhodesia, was to retire to Spain, but friends of ours invited us here for a two-week holiday in March 2005. We fell in love with Kibris, and have lived here since May 2006.

The article was about the current plight of some of the British Ex-pat retired population, who live in Spain. Dr Charles Betty (presumably retired) has carried out research on the retired British citizens, who live in the Costa del Sol, whose property is now in negative equity. He calculated (estimated?) that some 20,000, out of an estimated 500,000 retired British, want to return to live in the UK, but cannot afford to do so.

Wow, what an impressive impression can be created if “big” numbers are used!

Apparently, Dr Betty has sent an appeal to the British government that help and support must be provided to those (presumably including himself) who want to return “home”, as the negative equity trap that they are currently in, will prevent them from buying a house should they return to the UK!

I presume that when Dr Betty, and others like him, went to live in Spain, they weren’t forced to go there as refugees! Their objective would have been to improve their lifestyles. Villas and apartments would then have been cheaper than similar properties in the UK. In general, the cost of living would have been lower than that in Britain and, as such, they would have been able to enjoy an apparent enhanced income from their pensions and any savings that they may have had.

In short, they voluntarily took a financial gamble, which has now back-fired on them!

Dr. Betty is obviously looking for someone to (in effect) enable him to walk into a casino, lose money, and yet leave with (at least) the same amount of money that he started with!

If the British government decides to find the (taxpayers) money to help and support these Ex-pat pensioners to buy houses on their return to the UK, why stop there?

Why doesn’t the government buy houses for both the working and retired population who have lived continuously in Britain?

After all, they, unlike their Ex-pat counterparts have made a far more significant contribution to the Treasury by paying, apart from income tax, British sales tax (VAT) on almost every product that they have bought, locally, over the years!

The attitude and selfish demands of the Spanish “whingeing Brits”, mentioned above, reminded me of a report that was published a few years ago in the newspapers here. A retirement-cum-resort complex was planned for a location somewhere in South Cyprus. Apparently, it had been advertised in the UK press, as “an investment for your future”. In other words, buy “now” and rent out until you retire or want to use as a holiday home.

Buyers who required a mortgage were advised that one calculated and paid in Swiss francs was their best option. Due to the strength (or weakness) of either the British pound or Swiss franc, coupled with the then bank interest rate, it was financially beneficial for them.

However, sometime later the currency fluctuated or the interest rate changed, making those mortgages very expensive! The buyers gnashed their teeth and rent their clothes and then tried to sue anybody and everybody! However, on the signed contracts wording along the lines of “the value of currencies may rise or fall, as may the interest rates” appeared, so they didn‘t have a legal leg to stand on!