Readers may remember that, recently I stated that British Airways, under the chairmanship of Lord King, embarked on illegal “dirty tricks” campaigns that caused a number of independent airlines to cease trading.

This caused me to ponder on whether the British (and possibly worldwide) nobility regard themselves to be “above the law”. This thought was also fuelled by two films, “Lucan” and “Unlawful Killing” that we have recently had the opportunity to watch.

“Lucan” is a film about the real-life Lord Lucan, who is alleged to have murdered the nanny of his children in 1974, and then disappeared. I don’t know how accurate the wording in the script is, but when told that under British law he cannot do something, he responds “of course I can, I’m a lord”!

“Unlawful Killing” is a film about the death of Princess Diana and Dodi Fayed in a car crash in Paris in 1997. This film, sponsored by Dodi Fayed’s father, Mohamed El Fayed, maintains that their deaths were engineered by the British royal family. This is a view that has been vehemently denied by the “establishment” since it was first voiced shortly after the incident. The film does reveal some interesting anomalies and irregularities that disagree with the official version of events. However, the film is banned in the UK, so the general public there are unlikely to be informed about these and be able to form an alternative opinion.

I, strongly, believe that censorship is essential in certain circumstances (such as child pornography), but censorship in the political and social status areas simply means that a “cover-up” has been put in place!

Both of these films, which were interesting in their own rights, exposed a rather sad “fact of life”. Lord Lucan’s (in absentia) trial revolved around the nobility and how a peer of the realm could possibly have done such a terrible thing. The emotions and feelings of the parents of the murdered nanny (because they were commoners) were ignored both at the trial and in the subsequent press and media coverage.

In “Unlawful Killing” Mohamed El Fayad says that “everyone” knows that Princess Diana died, but little coverage has been given to the fact that he lost his son (a commoner) in the same accident! 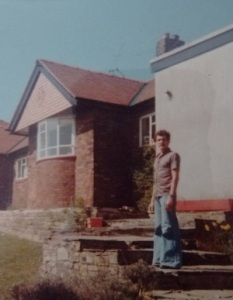 Alistair at Romiley in 1976

The other day we were at a friend’s house for a social afternoon and were introduced to some “new” friends. Later in the afternoon I was asked why I grew up, and subsequently lived, in Rhodesia.

Well, the obvious answer was that, as I was only 9 years old when my family and I emigrated, I didn’t have much choice in the matter, or much input into the decision to do so! I explained this, although in much less brusque terminology!

However, the question did give me reason to ponder – why? As far as I can remember from my early life in the UK, we were a “middle” class family. My father was the sole bread-winner, and (presumably), the decision-maker. We were able to buy a new individually architect-designed bungalow in a picturesque location in a village, so why move at all, or especially emigrate?

This may be a very long shot and even a very “sideways” look at the reason, but I think that the seeds were sown during the Second World War! 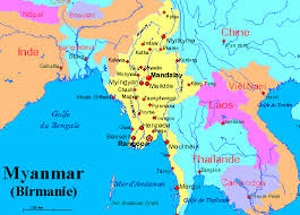 Between 1939 and 1946, when he was finally de-mobbed, my father had served in the army in Europe, both before and after Dunkirk, ending up in Burma (now Myanmar). Military service during a war is seldom pleasant, but after VJ day in August 1945, life in Burma must have been both relaxed and pleasant!

Should any reader be confused that many soldiers in the “Far East” weren’t demobilised until many months after cessation of hostilities, the reason was logistics. A troopship would take around 2 months to do the round-trip between Burma and the UK. There were insufficient ships available to bring all troops “home” within days, or even weeks. Precedence would, of course, have been given to repatriating the emaciated prisoners of war, who, despite suffering from malnutrition, had been forced by the Japanese to work on such projects as shown by the film “The Bridge on the River Kwai”.

I have never been to Burma or the Indian sub-continent, but all the wildlife in other films that I have seen, show the area to be bright, colourful and sunlit (excepting the occasional monsoon!) During, and after the war, fruit, vegetables and meat would have been freely available.

How different would a grey, drab, bomb-site riddled Britain, where rationing of almost all food and materials existed (I can remember sweet rationing ending in the early 1950’s), have appeared to my father on his return?

My sister Sheila, who is 6 years older than me and now lives in New Zealand, (unfortunately, she died in January 2015) mentioned in a email a few years ago that, before we emigrated, our father always expressed a desire to live “somewhere in the sun”!

So, Emperor Hirohito (now deceased), you could well have been directly responsible for my upbringing in Rhodesia!

I presume that most readers are aware of the devastating floods that have occurred in (especially) the Southwest and Southern Britain, including the Thames Valley and parts of greater London.

I mention this natural disaster, not just to point blame at a particular person or department, but because the reaction by the head of the Environmental Agency and other political/governmental figures started me on a train of thought.

While I was growing up, I believed that I lived in a world where “honour” and “duty” ran hand-in- hand. This belief was not only inspired by guidance from parents and teachers, but also from articles in the “Boys Own” type publications. They may have been “ripping yarns” but they were very moral. When disaster struck, the “captain” (who was always an honourable person with a great deal of integrity and a high sense of duty) always ensured the safety and comfort of others then, (if at sea) literally (or if on land) figuratively, “went down with his ship”.

The residents living in the flooded Somerset “levels” say that had the rivers been dredged, the flooding would have been minimised, or, at best, not have happened. It can, of course, be argued that just as people who live in glass houses shouldn’t throw stones, people living on flood plains should expect occasional, if not periodic, flooding! Flooding can often be viewed as beneficial, from biblical times, floods on the river Nile floodplain left rich fertile silt deposits in which crops were grown, making the Egyptian farmers extremely wealthy!

Getting back to modern times, responding to the lack of dredging, Lord Smith, the head of the Environmental Agency/ whimpered that he was only allowed to budget £400,000 to dredge rivers. I beg his pardon? He was the agency chief, the head cheese, the person (who was supposed to be) in charge, why didn’t he have control of his own budget?

At the time of writing Lord Smith has not yet been sacked for gross incompetence bordering on criminal negligence, nor has he done the honourable thing and fallen on his own sword (voluntarily stepped down).

During my younger days I may have been looking at the lives and standards of my “elders and betters” through idealistically rose-coloured spectacles. Nowadays, (and I hate to sound like a boring, pompous old duffer), those in power and control seem to believe that they are far too rich and powerful to be blamed or hurt financially, so therefore make every effort to pass the blame onto somebody else!

Perhaps it has always been like this for the rich, famous and powerful people. After all, Roman generals did fall on their swords if they lost a battle. When Bob Diamond, who was head of Barclays Bank after it was fined £58 billion for its part in the Libor scandal, he had to be forced to resign. Despite being the person ultimately responsible for the actions and conduct of his staff and, therefore, guilty in his own right of this malpractice, he was still allowed to retain “effiency” bonuses, as well as a two million pound pension.