The worst affected area in Northern Cyprus from Thursday’s nonstop rain was the Girne region and senior officials gathered to try and find solutions to the problems.

During the meeting they discussed ways to prevent such incidents from taking place in the future.

Making a statement after the meeting, Minister Akansoy said that after evaluating the area they discovered that the cause of the flood was due to the stream bed being interfered with. 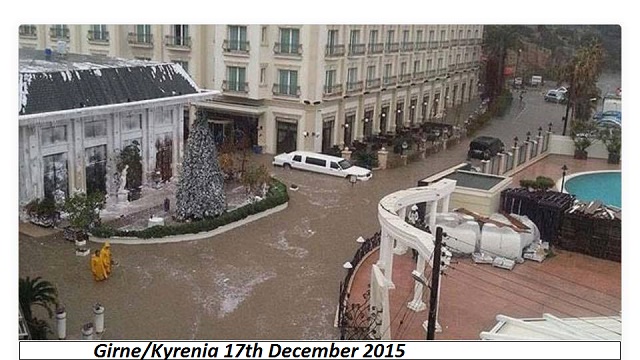 ‘Clearly the buildings built on stream beds are preventing the flow of the water and causing the floods. We will act with the best interest of the public in mind. 1 or 2 people may become victims but hundreds of people will benefit and therefore after discussing all solution models with stakeholders and the public that’s when we will begin our workings’ said Akansoy.

Explaining that all ministry, municipality and government workers will be on duty 24 hours in order to assist in any situation that may arise due to continued rain in the area, Mr. Akansoy said that citizens may get in contact with these units if they have flood related problems.