Last Friday friends of Bill and Dorothy Gallop celebrated the Diamond Wedding of the couple in their beautiful home in Lapta.

Both have been members of the association The Foreign Residents in the TRNC (TFR) for years. Of course the chairman of the club Heinz Nauroth and the secretary Ralph Kratzer came along as well to convey their congratulations.

60 years married and Bill and Dorothy seem to be as happy as on the first day!

More than two years ago I made an interview with both of them which I now publish again on this happy occasion.

Today I continue our series of interviews with members of The Foreign Residents in the TRNC.

I had the great pleasure to be a guest in the villa of Bill & Dorothy Gallop in Lapta.

With their ages of 81 and 80 years they are among our oldest members, but all people knowing them will confirm that this couple must have stopped aging some decades before.

Bill & Dorothy have lived permanently in North Cyprus for 10 years now, the last 6 years in their wonderful bungalow in Lapta.

I asked about their life and they told me the following:

Both were born in Warrington,

a town located between Liverpool and Manchester. They went to school there and because times were hard back then they had to quit school and start working aged 14!

Bill started an apprenticeship in the metal-craft industry as a die-maker which lasted seven years in those times, only interrupted to do military service at the age of 18.  During this time, in the British Army, Bill was sent to a supply depot to Viersen, Germany, in the year 1950. In his own words he enjoyed the time in Germany very much. Coming back to England he joined British Railways which became his employer for many years. 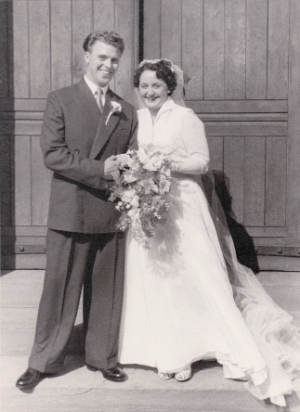 three years together the couple married in 1955. After some years of marriage, Dorothy persuaded Bill to leave British Railways and to look for another job, because from her point of view in those times he had to work too hard for the “peanuts” he got paid. So as a good husband he did what he had been told and found a new job at Thames Board Mill in his native town, a big manufacturer of cardboards.

Moving from Warrington into a house in Lymm, Cheshire it was again Dorothy who made him apply for a job at Shell Chemicals. He was employed as an “Outside Services” worker and stayed with the company for 14 years. After that Bill again made a change in his professional life and started a career in the Security of  a big scientific research plant called Daresbury Laboratory.

After a heart attack at the age of 53 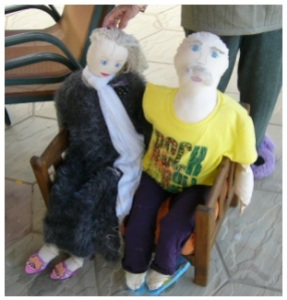 and a complicated fracture of the leg during a holiday in Scotland, Bill had to retire at the age of 57. Moving to a bungalow in Panketh he then became a “Hausfrau” (one of the German words he still remembers) which means he managed the household while Dorothy continued working as a bookkeeper, her learned and practiced profession all over the years.

One milestone in Dorothy´s life (besides having married Bill) was that after having retired as a bookkeeper in her 50´s she started a career as a model and later as a member of the sales force for Oriflame Cosmetics, a cosmetics group, founded in Sweden. She became extremely successful in this business and has operated it up to the age of 70.

Taking beautiful holidays at so many places all over the world, they in the end came to Limassol in South Cyprus. After several  long-term holidays there they decided to buy property in Cyprus but not without having first inspected the North side of the island. Getting to

know the beautiful landscape of North Cyprus and the warmth of its inhabitants the decision was made in favour of the northern part. During one of their following holidays in Kyrenia they found a villa for rent in Zeytinlik and the day before they had to fly back they tore up their tickets, stayed and haven´t been back to England since.

The childless couple never regretted their decision to come to North Cyprus and if one or  another of our members meet them one day personally, they will find out what a wonderful charisma both of them have.