Wenger’s Headache Clear For All To See

Despite Arsenal’s chances of qualifying for the knock-out stage of the Champions League becoming much more likely after last nights (4th Nov 2014) results in Group D, the frailties exposed by a relatively weak Anderlecht side was clear for everyone to see.

The game was enthralling to watch and in the space of 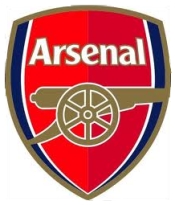 a single 90 minutes Arsenal went from the sublime to the ridiculous. In fairness, there was more than an element of justice, as last weeks reverse fixture saw the Gunners steal 3 points at the death, from the Belgians, which they hardly deserved.

European Cup nights at the Emirates are special occasions and last night was no exception. The travelling army of Anderlecht fans were raucous in their support. Even when they were 3-0 down their support did not wane and this was ultimately rewarded with Anthony Vanden Borre’s brace and the equaliser which was scored in injury time to send Arsenal fans home feeling completely dejected.

Arsenal started well and Wellbeck won a soft penalty which Mikel Arteta coolly shipped. Sanchez quickly followed this up with a brilliant volley from outside the area and when Oxlade-Chamberlain scored a fine individual goal early in the second half to make it 3-0 no-one could foresee how this game would eventually end.

As an Arsenal fan it must be so frustrating to watch the Gunners. They have the talent to be world-beaters but they are also equally capable of looking a shambles all in the same game, which takes some doing. I predicted in my written pieces for sport.co.uk previously that Arsenal would comfortably come through the group stages but will be undone in their first knock-out match. Unless they are very lucky and avoid the likes of Bayern Munich, Barcelona and Real Madrid in the first knock-out stage, they will again exit the competition at the same stage as the last two years. Arsenal will be happy as they will still have made millions to keep their board happy; but the fans are growing more and more discontented, as the burden of their fans paying the highest prices in the Premiership, carries with a higher expectation for results on the field.

Arsenal’s weaknesses at the back are obvious for everyone to see. Hearing Arsenal fans travelling home on the train last night it is clear who they hold responsible for this, as his failing in the last transfer window, especially after letting Bacary Sagna and Vermaelen leave has cost Arsenal dearly again.

Fevzi Hussein is also a writer for sport.co.uk and can be followed on Twitter @fevzihussein

January 27, 2023
Kaplica Storm Back in Contention

Kaplica Storm Back in Contention