Many people celebrate Halloween simply because it’s fun. But that doesn’t offer an explanation as to why children dress up in costumes and ask strangers for treats. Nor does it explain why orange and black are the holiday’s reigning colors. Here are 10 spooky facts you need to know about Halloween:

1) Halloween was inspired by the Irish Celtic festival Samhain, which celebrates the end of the harvest season. The tradition spread to other parts of the world after the Irish fled their country following the potato famine.

2) Most people know orange and black are traditional Halloween colors, but might not know why. Orange represents the fall harvest and black represents the darkness associated with death of summer. 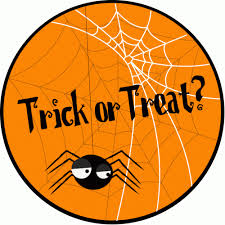 3) Trick-or-treating might have stemmed from the superstition ghosts could disguise themselves in human form and knock on doors to ask for money or food. If they were denied, the spirit could curse or haunt the person who refused.

4) Like many Halloween traditions, jack-o’-lanterns originated in Ireland. People used to place candles in hollowed-out turnips — instead of pumpkins — to keep away spirits and ghosts on Samhain. 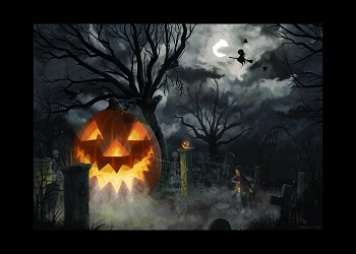 5) Carving pumpkins into jack-o’-lanterns comes from Celtic folklore. Tradition claims an intoxicated farmer named Jack tricked the devil, but paid the ultimate price when neither heaven nor hell would accept him. Since he was stuck in limbo, Jack created a lantern out of a turnip and a burned lump of coal the devil gave him from hell to guide his lost soul. People then carved jack-o’-lanterns with terrifying faces in hopes of scaring the evil spirits away.

6) Since it was thought the boundary between the worlds of the living and the dead blurred on Oct. 31, which allowed the dead to walk among the living, humans would wear masks and costumes so the spirits would not recognize them.

7) Here’s how the broomstick became associated with witches: Elderly women who were accused of witchcraft were usually poor and could not afford horses, so they would use a walking stick, which was often replaced by a broom, to help them travel.

8) It was once believed black cats protected the powers of witches.

9) Harry Houdini (1874-1926), one of the most famous and mysterious magicians, died in 1926 on Halloween night after suffering from an appendicitis that occurred after he suffered three stomach punches.

Facts courtesy of Halloween Web, The Sentinel and Random History.

November 28, 2022
Esentepe Football Team is so full of Frustration!

Esentepe Football Team is so full of Frustration!