Apparently “election fever” has recently gripped this country because, on 19th April 2015, the electorate went to the polls to elect a “new” President. I say, apparently, because despite having lived here for nine years, we, along with other Ex-pats in similar circumstances (having no property anywhere else in the world), do not have the right to vote because we are not “Turkish Cypriots/Citizens”!

OK, I have got that gripe off my chest, so let me continue!

There are (were) about half a dozen “hopefuls”, but the two leading contenders, according to the opinion polls, are the present incumbent, Dr. Eroğlu, and Dr. Siber.

Having moaned in the first paragraph about what to us is an injustice in not being able to vote in the country that we regard as our home, here is one aspect about the presidential voting system that we thoroughly approve of!

To become a President, the candidate must obtain over 50% of the votes. Should no candidate gain sufficient votes at the first polling, a second ballot will be held at a future date.

However, on that occasion, the ONLY candidates in the “run off” will be the two hopefuls who each gained the majority of the votes, the president being the person who gains more than 50% of the votes.

I appreciate that I have been preaching to the converted (or cognoscenti) of my “local” readers, but I must ask, how would this electoral procedure work in countries such as “dear old Blighty”?

The forthcoming general election (on May 7th) will presumably end up as a “two horse” race.  Despite the existence of “fringe” parties such as the Greens and UKIP etc, the party with the majority of votes will be either the Conservatives or Labour.

However, according to the opinion polls each of these two parties is expected to win thirty “something” percent of the votes.

In other words, neither party will be strong enough to form a parliament. Nor, irrespective of which party gets the highest thirty “something” percent, this will STILL mean that 60 “something” percent of the electorate would have voted AGAINST that party being in power!

At the start of the current parliament in Britain the electorate were given the opportunity to vote for “proportional representation”.

Admittedly, this would have entailed a more complex procedure on the ballot papers, but, if introduced, would have meant that all of the elected members of parliament would be there at the wishes of the majority of voters.

However, as the “big two” in British politics, Conservative and Labour, stood to lose the most if the “first past the post” system was changed, for perhaps the first (and only!) time in history both of these parties united in urging their supporters to vote against proportional representation.

Our Presidential elections will (at the time of publication of this article) have gone through the second (run-off) process.

We (my wife and I) were disappointed that, despite her projected standing in the opinion poll that we read, Dr Sibel Siber wasn’t one of the two “finalists”!

However, one of our Turkish Cypriot neighbours that we were chatting to last week said that he had read in his (Turkish Cypriot) newspaper that many people here don’t reveal their true intentions to pollsters, especially if there is the possibility of eavesdroppers in the vicinity.

Having lived in the UK from the late 1970’s to the mid “noughties” we observed that usually only the candidates of the mainstream parties had much of a chance of being elected to parliament.

We were, therefore, both pleased and surprised that Dr Eroğlu’s rival contestant for the Presidency, Mustafa Akıncı, is an independent candidate!

I say surprised because both Dr Eroğlu and Dr Siber were each supported by a (different!) “mainstream” political party. As such, we thought that each party would throw both their political and economic weight behind “their” candidate, thus making it difficult for an independent candidate to gain sufficient support.

I could be wrong, but as far as I can make out, this presidential election has thrown up two surprises.

It will be very interesting to see who succeeded and what the political analysts will deduce from the results. 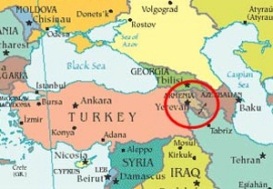 Armenia – Turkey and right a bit!

This month seems to have been the “lets bash the Muslim Turks” month!

I say, “allegedly Christian”, because, although I haven’t been inside a consecrated church for over a decade, I still believe that Christianity is about “loving thy neighbour” and “forgiveness of sins”!

I wonder what religious or political motive the pope had for stating that the alleged genocide was genocide. Although Armenia is a “Christian” country, there is only a small portion of the population that belong to a “Uniate” church that defers to a papal authority; the Armenian Apostolic Church has a far greater following.

I also wonder if Pope Francis is aware of the bloodstained history of the Roman Catholic Church. “Everybody” knows about the Crusades in the 11th, 12th and 13th centuries which tried to wrest the “Holy Land” from the infidel Turk!

Incidentally, did any of my readers have those two invaluable argument clinchers when they were young?

Ooops, sorry, I rambled away from what I was going to say! 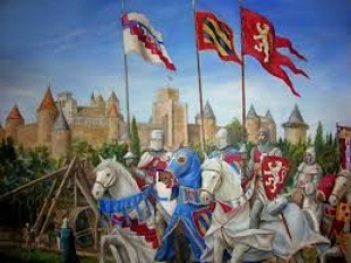 I now ask if Pope Francis is aware of the Albigensian Crusade in the 13th century. This crusade was not against Muslims, Hindus, Sun Worshippers etc, but against fellow Christians!

These Christians, called Cathars, lived (and of course worshipped) in Southern France and Northern Italy. Incidentally, and ironically in light of Pope Francis’s recent “genocide” comment, the Cathars religious practices originated in  the Paulican Movement in Armenia between 650 and 872! 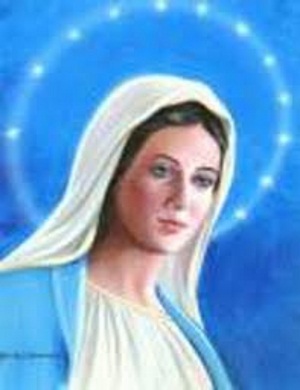 The religious practices that the misogynistic, male chauvinistic Roman Catholic Church objected to were that it was a matriarchal religion. Women were the priests and bishops, called “Perfects”! Also, the Cathars didn’t venerate Mary, mother of Jesus, but Mary Magdalene, whom they believed to have married Jesus.

However, the Roman Catholic Church had decided that Mary Magdalene was nothing more than a “camp follower” of Jesus and his disciples and a prostitute, to boot!

“Good heavens Caruthers” spluttered the pope over his communion wine, “we can’t allow this sort of heresy to continue”!

Therefore, after some persuasion, the king of France and his northern barons began the Albigensian crusade (Albi is Latin for the South of France).

In 1209, after seizing the town of Bezier, the Cistercian Abbot-commander Arnaud-Amaury, wrote to Pope Innocent III that “today we have killed 20,000 heretics, regardless of age or sex”!

Census records of that time and area state that Bezier had a population of around 5,000, so, assuming that Amaud-Amaury didn’t exaggerate the death toll by very much; this amounted to genocide of the French people!

Has any modern or historic Roman Catholic Pope ever admitted to this and apologised for it? I think not!

Incidentally, my wife’s cousin Jonathan, who now lives in Australia, pointed out an error in part of this ramble about the Albigensian crusade He pointed out the “Albi” in Latin is “white” not Southern France as my reference source stated. He also said that the 1963 song “Dominique” was about the Albigensian crusade, which was something that I did not pick up on until I listened to the lyrics a few days ago. Thanks for the feedback, much appreciated!