Akansoy: “We will not allow a Terrorist Organisation to restructure in TRNC”

Akansoy: “We will not allow a Terrorist

Organisation to restructure in TRNC” 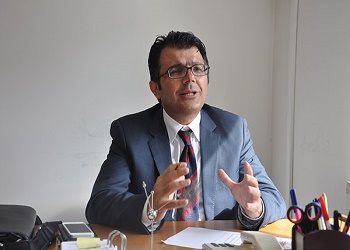 The Minister for Interior and Labor Asım Akansoy carried out a variety of contacts in the Turkish capital Ankara.

He met with the Turkish Minister in Charge of Cyprus Affairs deputy Prime Minister Tuğrul Türkeş and Turkish Interior Minister Efkan Ala.

During the meeting between Türkeş and Akansoy claims that the PKK terrorist organizations was restructuring in the TRNC was taken up.

Deputy Prime Minister Türkeş said that wide room given in the media that the PKK terrorist organisations was restructuring in the Turkish Republic of Northern Cyprus was far from the truth and added that although the media can report as they please he questioned to what extent the realities were being reflected in the news.

Minister Akansoy for his part said that they would never allow anything to ruin the education and investment opportunities in northern Cyprus.

He said that the state and its institutions would never allow investments to be jeopardized and added that by looking back at the past few years the steps that have been taken are satisfactory.

Stressing that they were working towards increasing the number of students in the country, Akansoy said ‘we will stand firm against any situation that does not please us. In no way will we allow a terrorist organisation to restructure in our country’. 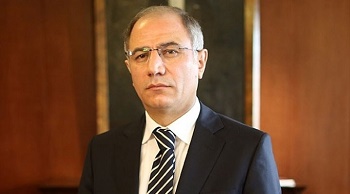 Meanwhile Mr. Akansoy came together with the Turkish Interior Minister Efkan Ala and carried out a meeting with their accompanying delegations.

Holding a joint press conference afterwards, Minister Akansoy noted that the Cyprus solution process was live and dynamic and added that while the Cyprus negotiations process was continuing it was their duty to enhance the TRNC to its highest standards.

‘That’s why we must take the necessary steps to strengthen ties between our institutions and improve institutional cooperation’ said Akansoy.

Explaining that the TRNC was open to new investments and economic developments Minister Akansoy said that they had received many requests regarding new economic investments in the TRNC and added that they were evaluating these requests constructively.