Turkish Cypriot Foreign Minister Ozdil Nami was quoted on Tuesday as saying that the Turkish seismic vessel Barbaros could resume its exploration activities in the coming days. 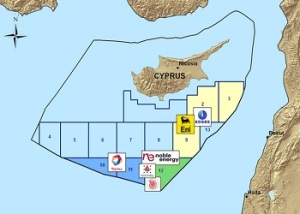 The Barbaros is currently anchored off Famagusta where it has remained since its first navigational telex (NAVTEX) for exploration in Cyprus’ exclusive economic zone (EEZ) expired on December 30.

The move to issue the NAVTEX had prompted the Greek Cypriot side to withdraw from the talks last October.

During the short window that followed the December 30 expiration and the first week of January, when it was thought the UN could help resolve the standoff by bringing the two sides back to the table, the Greek Cypriot side resumed drilling and Turkey issued a new NAVTEX valid until April. This put paid to the negotiations resuming.

In the meantime, the Barbaros has stayed put.

However Nami was quoted in the Turkish Cypriot media on Tuesday as saying that the reason the ship had not been deployed was a gesture of good will in support of the efforts of the UN’s Special Adviser Espen Barth Eide to restart the talks, and it might now resume exploration activities in the coming days “should the Greek Cypriot side maintain its aggressive stance”.

Nami said Eide had adopted a balanced stance regarding his statements to the press following the briefing he gave to the UN Security Council on Monday. The report openly stated that it was the Greek Cypriot side which had left the negotiating table, Nami said.

On the Greek Cypriot side on Tuesday, the Cyprus News Agency cited a diplomatic source saying that Eide had come to “more balanced” conclusions as regards the causes of the deadlock in his briefing to the Security Council.

Security Council members friendly towards Cyprus had indirectly given him the message that the UN Secretary-General’s initial report was not impartial, the CNA said.

Speaking before the members of the Council, Eide supported the resumption of the negotiations as soon as possible, despite the fact that he is not particularly optimistic that talks could resume before April, the report said.

Meanwhile, due to bad weather conditions in New York, deliberations at the Security Council for the UNFICYP resolution were postponed.