has been alarmingly high this Winter

Illegal netting and trapping of birds has been alarmingly high this winter, according to the [South Cypriot] NGO Committee Against Bird Slaughter (CABS).

The CABS activists identified 222 nets and 451 limesticks in just three weeks, the NGO announced on Monday.

According to the environmental organisation, the amount of trapping during the winter months was alarmingly high, even compared with autumn, the main trapping season on the island. 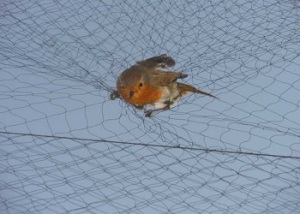 “The situation is out of control, electronic sound mimicking devices are everywhere on the island. It is obvious that the [South Cypriot] government has no real strategic plan or at worst is unwilling to stop illegal bird trapping in winter,” head of CABS, Alexander Heyd said.

“Consumers in Cyprus believe that bird consumption is something traditional and innocent, and do not realise that it not only causes huge damage to European birds, but also hurt their own country: bird trapping is an illegal business that involves organised criminal groups,” said Heyd. “Their consumption fuels crime.”

To read a former article about this topic on our website titled “More than two million migratory birds killed in Cyprus” – click here!