Tavas is one of the most traditional and popular dishes in Cyprus. For those who don’t like the strong taste of lamb use beef!

It is also perfectly suited to be cooked in the slow cooker. *

– Peel, and cut the potatoes in four.

– Peel and cut the onions in slices.

– Cut the tomatoes in slices.

– Put the meat, potatoes, onions and tomatoes in layers in a baking dish. 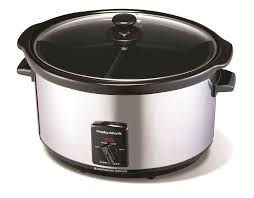 – Transfer to an oven pre-heated to 180°C and bake for about 150 minutes, or until the meat is cooked through and the potatoes are golden brown. Serve hot.

* Note: A slow-cooker, also known as Crock-Pot or Morphy Richards (trademarks), is a countertop electrical cooking appliance that is used for simmering, which requires maintaining a relatively low temperature.