South Cyprus to blame for

The Turkish Cypriot side has issued a warning against the measures that the Greek Cypriot leader Nicos Anastasiadis has announced that it will enforce against Turkey and the Turkish Republic of Northern Cyprus.

Presidential Spokesman Osman Ertuğ said the measures in question is proof of the mentality of the Greek Cypriot side that they are not ready to find a comprehensive solution to the Cyprus problem based on equality.

This mentality is also contradictory to the efforts to build confidence between the two sides said Ertuğ and called on the Greek Cypriot side to return to the negotiating table.

Noting that the Greek Cypriot side had withdrawn from the talks with an artificial crisis, now the Greek Cypriots have begun an international campaign against the Turkish Republic of Northern Cyprus and Turkey said the Presidential Spokesman.

Drawing attention to the fact that the current tensions in the region were created by the Greek Cypriot side, Mr. Ertuğ said that a comprehensive solution passed through structured and result orientated negotiation and added that the Turkish Cypriot side is ready for this.

‘This return to the table should be without any preconditions as contrary to this it would lend credence to the escalating policies of the Greek Cypriot side and would award intransigence’ said Ertuğ.

Referring to the hydrocarbon resources on the island Ertuğ reminded that these resources were owned equally on the island and that the Turkish Cypriot side had equal say on everything from research, extraction and marketing of the product.

‘Ignoring this reality and belittling the Turkish Cypriot side is unacceptable. We will continue to take the necessary steps in cooperation with our guarantor Turkey’ said Ertuğ. 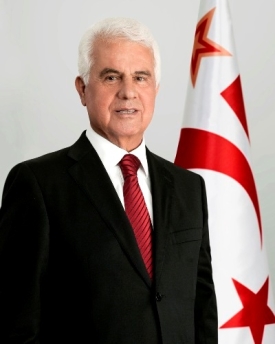 January 26, 2023
TRNC FM Ertuğruloğlu Met With His Counterparts In Uzbekistan

TRNC FM Ertuğruloğlu Met With His Counterparts In Uzbekistan

January 26, 2023
CyprusScene brings news and reviews from the TRNC in many languages

CyprusScene brings news and reviews from the TRNC in many languages