for having Turkish Cyprus Visa 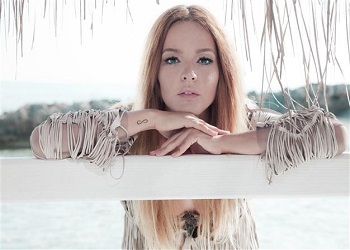 Turkish popstar Bengü has been denied entry into a Greek island for having a Turkish Republic of Northern Cyprus visa on her passport, the daily Hürriyet reported on its website.

Bengü, 35, was on holiday in Çeşme, a popular location in İzmir, before going to the island of Chios, on the other side of the Aegean Sea.

However, the pop singer was denied entry to the island by immigration officers, because she had a stamp belonging to Northern Cyprus on her passport, the Turkish side of the divided island, which Greece does not officially recognize.

Bengü had to return back to Çeşme the next day by ferry, the report said.

Following a brutal offensive by Greek Cyprus against Turkish Cypriots, the Turkish military intervened in 1974, resulting in the island’s division into the Turkish-speaking north and an internationally recognized Greek-speaking south.

A Turkish Cypriot declaration of independence is only recognized by Turkey, which maintains around 35,000 troops on the island.

Nevertheless, Greek islands have become a popular destination among Turkish tourists, which has resulted in an increase in ferry tours and direct flights to the Greek islands from Turkey.